Here’s a story about hubris and the 2014 Rouge Roubaix.

Given that I was planning to scratch from the race on account of knee pain just 24 hours before it began, I’d say my 21st place finish was fair. Given that I suffered a major mechanical at the foot of Big Bertha when my chain was spit off the bottom of my cassette and jammed between the spokes and cassette, I’d say my 21st place finish was inspired. And given that I rode off course and got lost for a good few minutes, I’d say that my arrival at the finish at all was astronomically improbable.

Of course I didn’t feel this way upon finishing. Despite knowing I had severely overtrained myself in California the week before, climbing 11,000′ in 3 days and 120 miles, I failed to manage my expectations for this race. I saw my decision to ride and subsequent performance as all or nothing; either the pain would be too much to ride at all, or I would clip in and set the world (or at least the area north of Baton Rouge) ablaze. Unfortunately my optimism was blocking me from realizing that my control of the situation ended at deciding to race. My performance would be what it would be, despite the emotional investment I had made in believing I could shine if I got lucky. 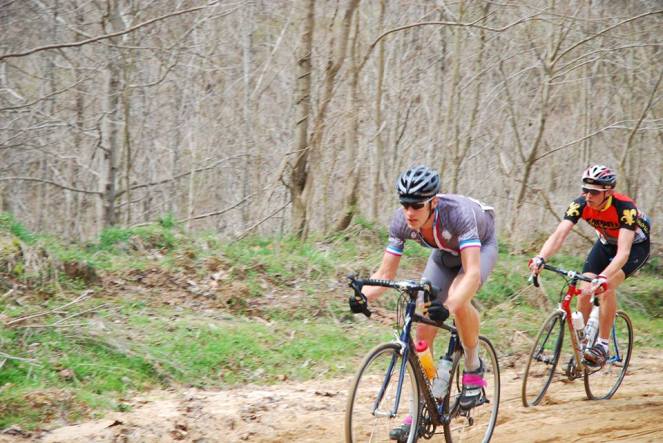 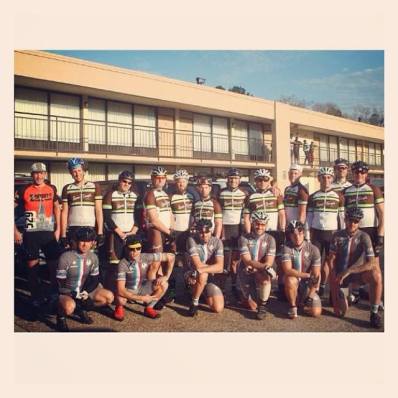 When my performance turned out to feel subpar, I wasn’t exactly surprised. But when my drivetrain went to salad, I felt not only unlucky, but heartbroken. Even following a knee-electrifying bridge back up to the group after having to take an involuntary nature break, I managed to hang on to a competitive position at the final climb, the real climax of the race. I had come so far against such odds. It was a Cinderella Story until the pumpkin carriage exploded its transmission. The wheel truck guys offered a poor prognosis for dislodging the chain, and offered me a ride. I politely declined, insisting “I’ll break this wheel before I quit!” My tenacity paid off, as I dislodged a couple bights of chain and tackled the climb. Again there was a shred of hope. A frayed strand of knee tendon, barely visible in the light, but a shred nonetheless.

The shred tore away, figuratively, when I meandered off course after the climb. I quickly realized I had made a mistake when I couldn’t see ANYBODY ahead of me. It seemed like a fittingly hopeless ending to a hopeless race, and started to weigh on me. I was drowning in despair and without a drop of water to drink. Fortunately for my soul, and my more corporeal extension, Wes appeared in classic deus ex machina fashion. He filled my spirit with vigor and my bidon with water. Together we rode in to the finish.

I was glad to have completed the race of course, but was unable to help but feel pretty bummed because of all that had gone wrong. I should have enjoyed this moment a lot more. I made the mistake of focusing on the turd sandwich moments when I should have been gazing upon the whole enchilada.

You can wear the rose colored glasses, if you like. If you prefer, you can see red. Either way, you’re not seeing the race in living color and that’s the only way to view it if you want to set achievable goals. And if you are like me, and tend to put so much motivational value in success, to the point of an emotional investment, you really need to be honest with yourself and keep your head straight.