On Friday morning, October 18, our friend Katie (KDHL), recent alleycat winner and leader of Loose Bloomers Cycling Club, will be among 40 cyclists embarking on a three-day, 170 mile ride to Angola Prison. Katie has been crucial in getting this off the ground, but isn’t just doing it because she loves to ride. The tour will be a fundraiser for the Cornerstone Bus Builders’ Project, an initiative that provides transportations for those trying to visit loved-ones incarcerated at Angola. 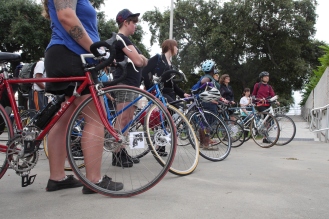 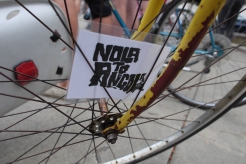 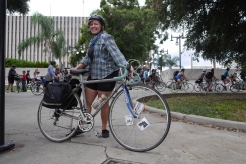 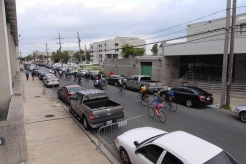 Last year the ride raised over $14,000, surpassing the goal of 10 grand in a major way. This year Katie and the other NTA riders are aiming to top that figure. If they succeed, they will be able to completely underwrite a year’s worth of monthly bus trips to The Farm, each of which has an operating budget of about $1000. (Update: As of this morning they had raised $21,000!) Given that we live in the world capital of incarceration, this is a seriously meaningful social service. Best of all, it’s not too late to donate! If you feel like lending a hand, check out the Nola To Angola website.

Godspeed and good luck to all of you, y’all are awesome!