Yeah You Ride wasn’t able to make it the local version of Rapha Women’s 100K, but lucky for us (and you!), our good friend Katie Hunter-Lowrey agreed to guest blog for us. Thanks, Katie!  Enjoy!

I had been excited about this event for weeks, nay, MONTHS and Sunday’s Women’s 100K did not disappoint. It was an international event by Rapha to bring women together in cycling and honor an amateur stage of “Le Tour.” Rouler put on the New Orleans ride with a route bringing us from coffee shop to swamp and through three parishes. My only previous experience with this long of a distance was while on a bike tour, so I was a bit nervous the night before. Morning of, dying of cramps and chugging caffeine (it wouldn’t be a women’s event if I wasn’t talking about my period/diva cup) I met a fellow downtowner at 6 am and we headed to Manhattanjack’s together. After lots of weather radar analysis, 13 women-identified riders were on the road. A couple Semi-Tough dudes were taking photos and providing support, though despite my request I was given no slow claps or bacon. 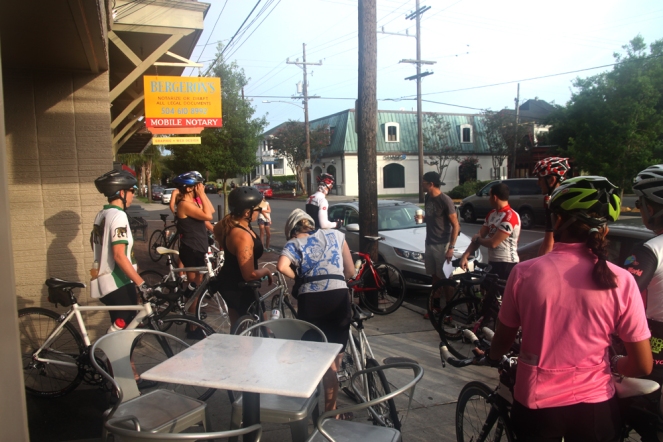 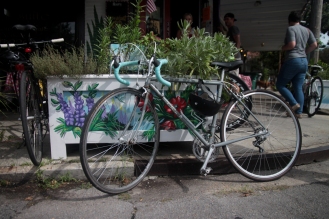 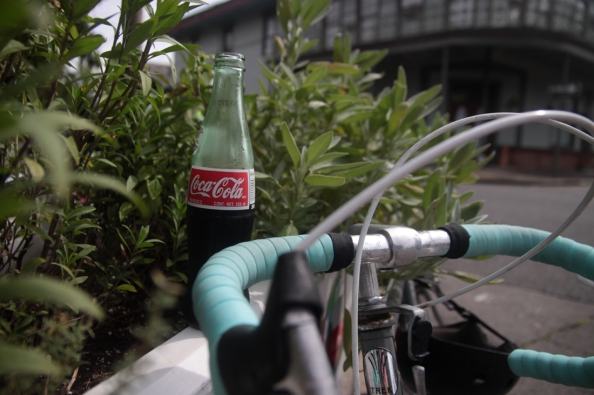 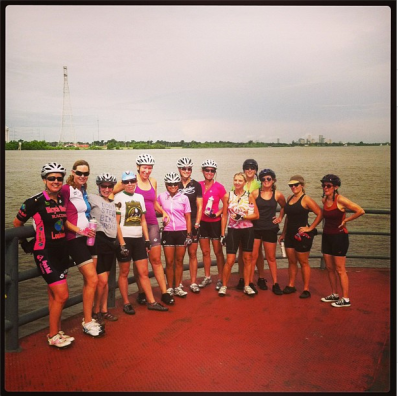 The morning totally flew by. We all chatted, shared bananas and got to know one another. For some women it was their biggest ride yet and for others it was clearly no problem to lead us at 20 mph for a good stretch. After one flat very early on, we hit the lakefront, headed down towards the Ninth Ward, into St. Bernard Parish and then took the ferry across to the West Bank. From there we went through Algiers and then out to Jean Lafitte State Park. Being in a pace line along the levee trail and then mashing through swampland was the highlight for me. As a person who has biked fast during their commutes for a long time, I’ve only recently come to love being in packs and it’s been a struggle to find groups of women and queers to shred with. To have 100 whole K’s of road with ladies who were all there to bike hard and have fun was incredibly empowering. 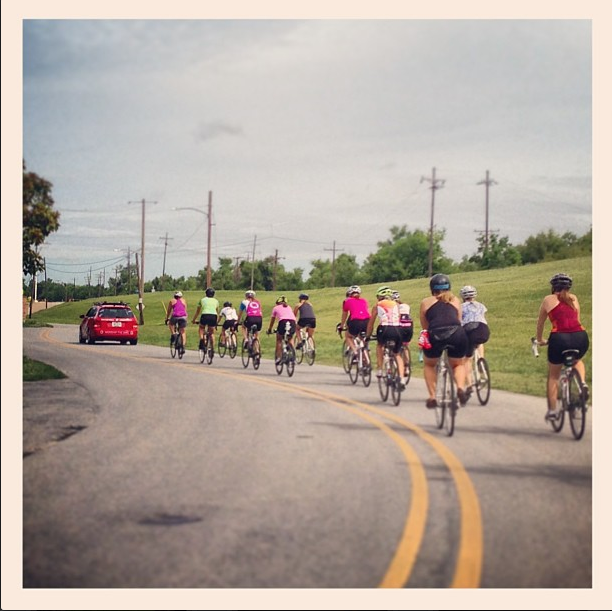 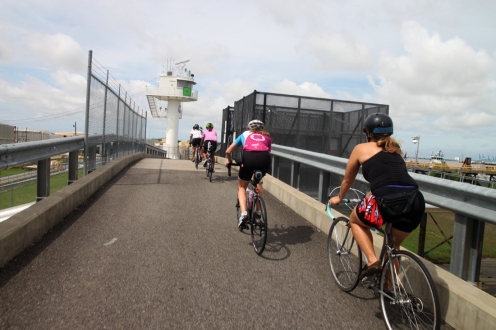 Coming back towards our second ferry crossing the hunger and heat were starting to set in but we made it to Jackson Square still in high spirits. After a final photo-op we went our separate ways to eat all the food and drink all the beers. Mega high-five’s to Wes, Townsend, Rouler and the Semi-Tough Cycling Club for putting the ride together and all the riders for a really positive experience. I could have biked 66 more miles later that day just on the high of it all.

My hope is that events like this become the norm around town and that more women can be involved in the planning of them. I very much appreciate the effort put into organizing the day, but did still feel like it was being led by men. Things I’m sure were meant to be helpful came off as commands on safety and were suggestions that I’ve never seen made in group rides that are majority male. None of us were there because it was our first time on a bike. Hopefully this criticism can be taken as a call to collaborate. Emerging organizations such as NOLA Women on Bikes or the Loose Bloomers training rides are great places for cis-male cyclists to act as allies and learn what kind of support we would prefer. Everyone will get further faster by working together and I KNOW we all want to go faster.