(Thanks to Murat Celebi for all the killer photos!)

The sun was only just beginning to crest over The Esplanade mall as crews from the Semi-Tough Cycling Club, Yeah You Ride, and LAMBRA arrived to set up the course for the 2016 Harbor Master Criterium. Operations staff from the Esplanade Mall were there to make sure the course was ready for racing, and before long our title sponsor Bergeron Automotive rolled up with a fleet of trucks and tents, setting up a veritable mobile showroom on the race infield. By the time a sleepy-eyed racer emerged from his mobile home on the course infield, the sun had risen and a beautiful blue-sky day of bicycle racing action had started.

A new location for the race this year meant big changes for the race course and the race experience. Gone was the twisting and technical South Shore Harbor, and in its place the more straightforward and typical box-shaped criterium course. Where finesses and savvy were paramount in 2014 and 2015, speed was the name of the game this year. Racers and spectators alike also benefitted from a food court, a coffee shop, and indoor bathrooms – all thanks to the race’s proximity to The Esplanade Mall.

A generous purse of $2000 (plus $600 in lap primes!) provided with help from our sponsors Bergeron Automotive, Bike Law Louisiana, Person-Huff CPA, Medical Rehab Accident Injury Center, Attorney Kevin Christensen & Associates and Peloton Magazine, sweetened with a bevy of prizes from Peloton Magazine, Raw Republic Juice and Pagoda Café, and topped with free beer from Urban South Brewery brought racers from around the region and beyond to participate.

There has been only one name on the list of winners of the Women’s race at the Harbor Master Criterium, and the smart money was on Stephanie Smith to keep it that way again this year. Though she had a solid challenge early in the race from Katie Duncan, Stephanie predictably opened an insurmountable lead over the second half of the race and cruised to a solo victory. Katie brought it home for an easy second place, with Tiffany Landry (who some will remember for her outstanding DSGP ‘cross performances) out sprinting newcomer Emily Gass for the final step on the podium. 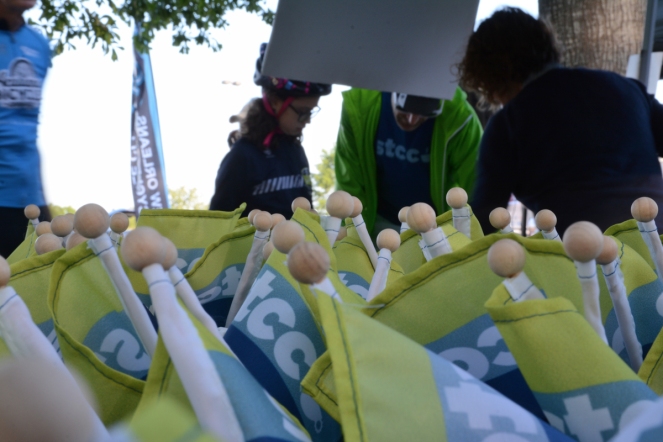 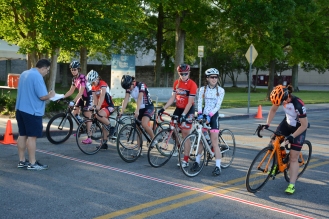 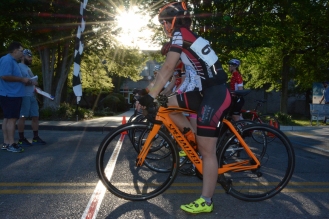 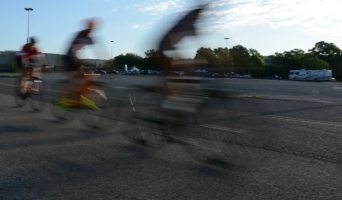 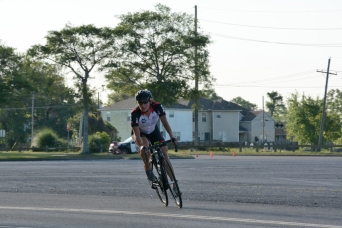 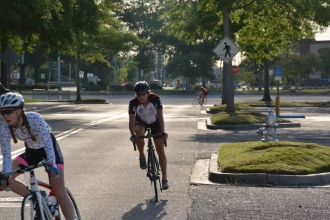 Another big Masters field lined up to duke it out for top honors this year. With the entire podium from 2015, including defending champ Ed Novak, taking the year off from the event, the race was wide open with no clear favorite at the gun. To no one’s surprise, the race started with Kenny Bellau’s patented #firstlapflyer, but quickly came back together as Kenny settled in for the 40 minute race. A move off the front by veteran racers Kevin Landry and Rob Konrad, and spirited  Cat 5 racer Antonio Del Valle gained momentum as the race wore on, and with a handful of laps remaining it was clear the podium would be decided from amongst that selection. Antonio put in the ride of the day to stay with the break – taking his share of tugs at the front and winning over the crowd in the process – but in spite of a spur-of-the-moment $100 victory prime offered by race announcer,Wes McWhorter of Rouler Cycling,  he couldn’t hang with the final lap move, and Rob and Kevin dueled it out to the line with Kevin taking the honors by a comfortable bike length. 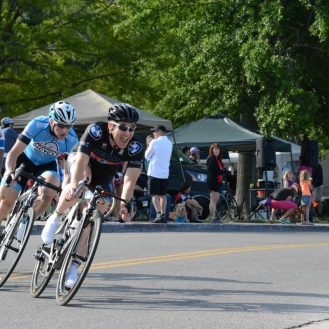 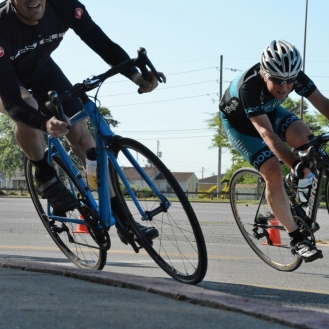 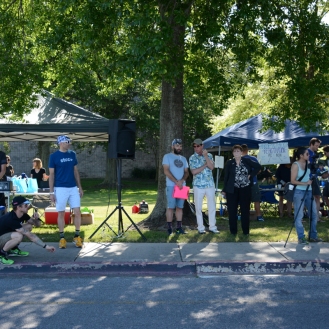 A generous field of new riders (including riders from 9 different states) meant that of the 30 riders who lined up in the Cat 4 race this year, only a handful were repeat entries from the year before. The field was big, and the racing was FAST and furious from the start. Our race announcer, Wes McWhorter, pulled a Superman and donned his skin suit and hit the course to race – promptly making his presence known with a #wattbazooka off the front of the field on lap one. Knowing the move was more sizzle than steak, he cheekily raised his arms as he crossed the line “winning “ the first lap by a country mile, before heading back into the pack for a Sunday stroll. The race stayed mostly together for the duration with Jason Funderburk, the eventual winner gaining and keeping a small gap over the last few laps. Behind Jason, it was a pack sprint with Beau Dennis out-sprinting Bronson Breaux for second. Beau’s onboard camera shows the kind of effort the pack was putting out; 30+ mph and 200+ BPM on the final lap of the race. 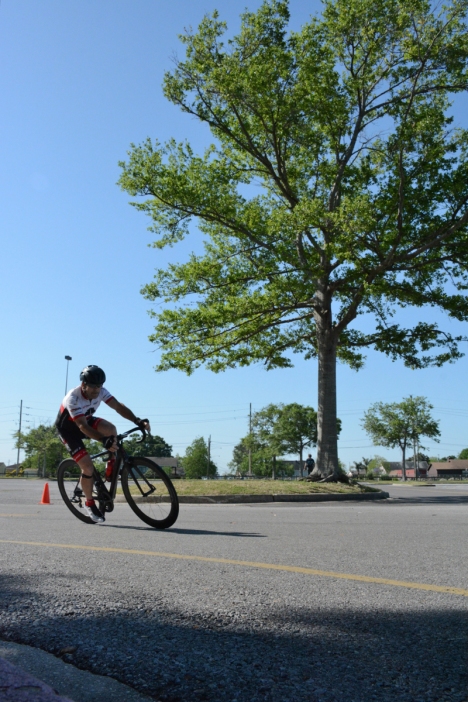 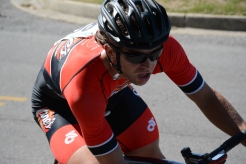 Time constraints meant that we ran the Cat 1/2 and the Cat 3 races together this year, but because the categories had separate payouts, there was plenty of prize money on the line for the 24 racers who lined up for the start of the race. Stephen Mire, winner of the 2014 race, was looking for redemption after failing to defend his title last year when he rolled a tyre on the last lap of the race and crashed out. Stephen’s team, La S’port Elite Racing, contributed five of the eight starters in the 1/2 field, and their numbers made the possibility of a win for Stephen look promising. But it was Stephen’s teammate Matt Davis who got out in an early break with Dustin Drewes of 4D Racing along with Cat 3 racer Alex Habbit of Acadiana Bicycle Racing. For a time, it looked like those three would stay away with Matt and Dustin fighting for the 1/2 win and Alex taking the 3’s from the break. But with two laps to go, Alex was dropped from the break, and La’Sport’s numbers in the pack helped them pull Alex back into the pack, and set up their own Cat 3 entrant, Lance Abshire, to win the 3s from a pack sprint. Ben Spain and John Mooney rounded out the 3s podium. Meanwhile back at the front of the race, in the most exciting action of the day, Matt and Dustin went wheel to wheel for the final two laps of the race, sprinting for a finish that was too close to call by the naked eye. The finish photo revealed Matt the victor by the width of his front tyre. Stephen Mire, won the field sprint for the 1/2s, rounding out the podium and putting an exclamation point on La’Sport’s domination of the race. 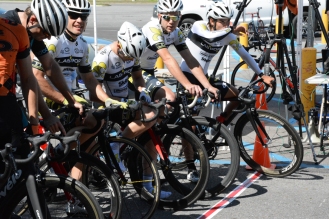 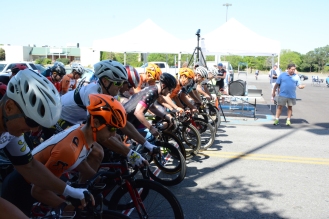 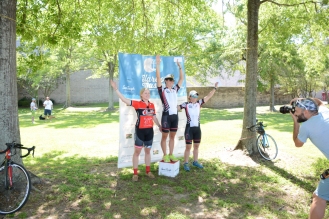 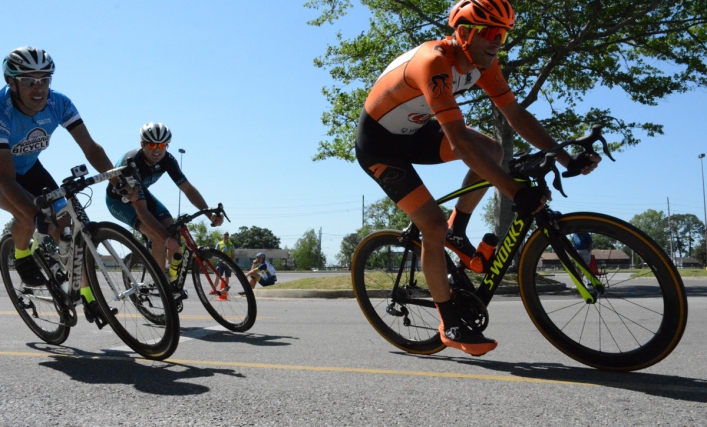 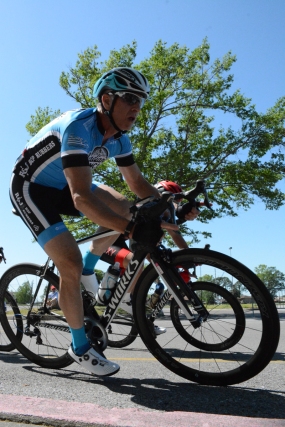 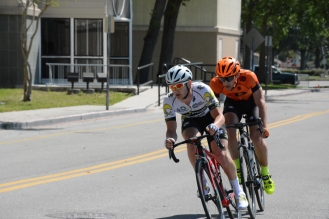 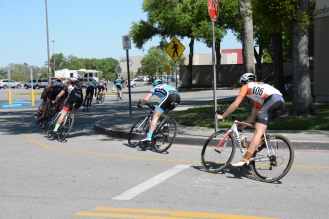 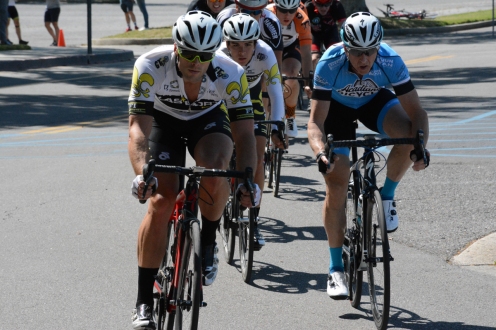 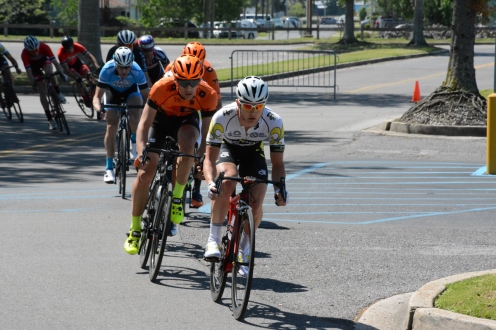 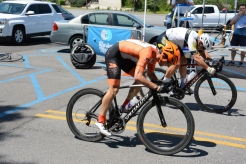 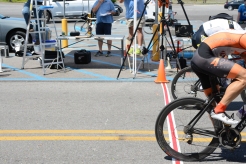 Of all the improvements in the race this year, the fact that we saw a junior field of eight racers (including two junior girls) was perhaps the most promising for the growth of the race and the future of bike racing in the region. From the gun, McAben Prince from Mississippi led the charge, with the 5-man strong Nth Degree Racing team racing hard but struggling to organize the chase behind. The wind had picked by the mid-day start of the junior race, and without the cover of a peloton individual riders were pummeled by the steady 15-20 mph breezes. Behind, in the girls end of the race, Sarah Myers and Madison Felker worked well together for much of the race, until a small surge by Madison on the windy back straight created a small separation between the two, the wind doing the rest to pop Sarah off the back for good. Up front McAben Prince consolidated his lead throughout the race and rode to a comfortable victory, followed by Bryce Leblanc and Rudy Horvath in second and third. There were smiles all around from the winded riders after the race, and we suspect that they’ll be back for plenty more over the years to come. 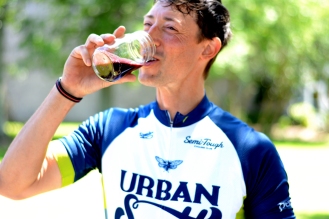 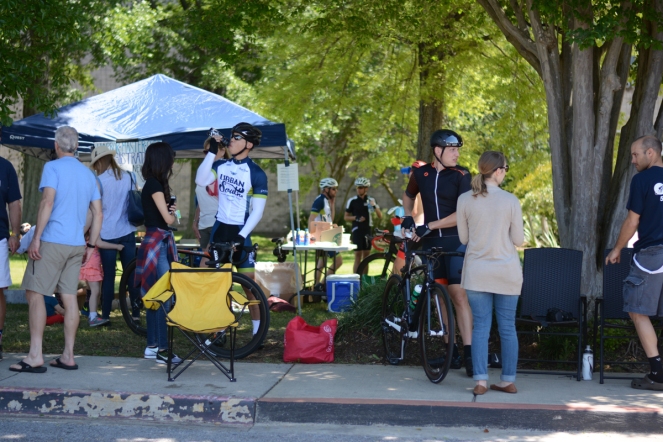 As has been the case each year the biggest field of the day was the Cat 5 race – this year with 36 starters. The de facto home team of Urban South Racing contributed ten racers to the field, allowing them to control the pack and putting five riders in the top ten at the end of the race. Some confusion with pulled riders exiting the course led several of the leaders to take a brief detour off course midway through the race, possibly costing some a chance at the win, while others were able to get back on course quickly and rejoin the pack. Travis Berger, Will Buquoi and Jonathan Toups made it off the front with several laps to go and stayed away, with Travis out sprinting Will for the win and Jonathan rounding out the podium. Andrew Do won the pack sprint, taking  Ross Lunz at the line for 4th and 5th respectively. 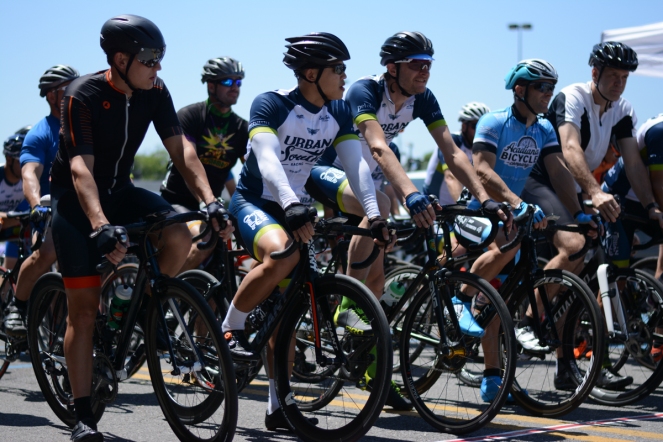 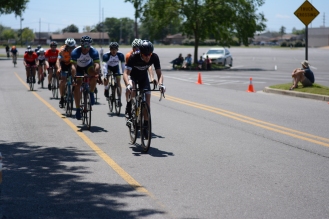 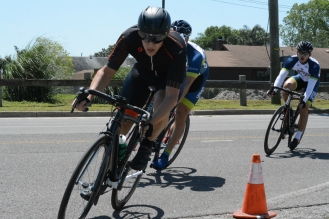 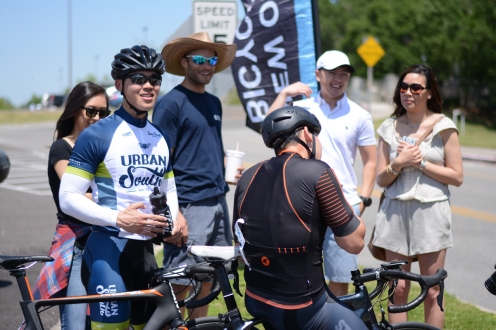 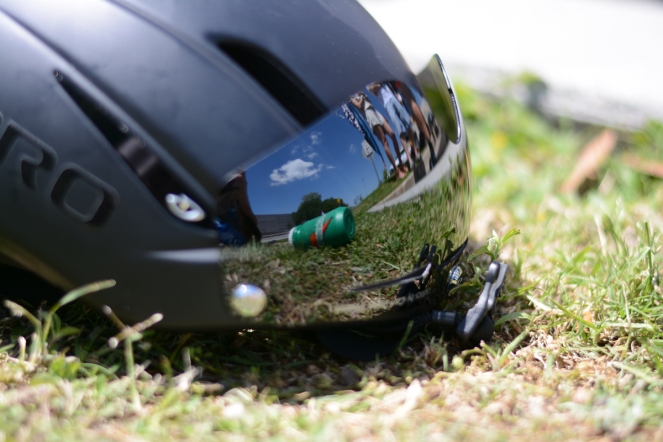 A big thanks goes out to the many rockstar volunteers and to the generous underwriters that made this event possible: Bergeron Automotive, Bike Law, Person Huff CPA Group, Medical Rehab Accident Injury Center, Urban South Brewery, Peloton Magazine, Kevin Christiansen & Associates, Pagoda Cafe, Raw Republic. Many thanks to The Esplanade for being a gracious host and the City of Kenner for welcoming us. We can’t wait to do it again next year!

All photos by Murat Celebi