From Juniors to Cat 1’s, the inaugural Harbor Master Criterium provided a full day of high-intensity crit racing. Fields filled out nicely as racers toed the line to throw down for over $2700 in cash and prizes. As temperatures rose, lap times fell and purses swelled. A little breeze and a lot of adrenaline went a long way to keep racers and spectators glued trackside, cheering for every breakaway, sprint, and prime opportunity.

The course was considerably more serpentine than typical for a criterium, demanding tight handling through back-to-back turns. While packs in the lower category races became strung out, the Cat 3 and Cat 1/2 racers were hesitant to let any break go unchallenged. With 9 turns in .6 miles, straights were short. Although sprinting remained crucial to be competitive, winners placed an emphasis on strategy and pack position. Multiple primes per category kept competition heated and treated spectators to some impressive racing.

New Orleans’ only USAC road race of the season drew out 112 competitors, including several out-of-state racers. The Womens’ field filled out nicely, by local standards. Without question, participation was incentivized by $250 in primes sponsored by peloton Magazine. The Cat 5 and Womens’ fields played host to a handful of first-time racers and newbie crit-racers. As well received as the race experience seemed to be, we are hopeful that the event may have recruited some new blood to the local cycling scene.

A substantial number of pure spectators dropped in on the criterium as well, keen to discover what all the fuss was about. Spectators and racers alike were treated to a bevy of extracurricular fun, including free massages, mouth-watering cuisine from local food trucks and free-flowing Pabst Blue Ribbon beer served by a custom-built beer bike, La Fiets. Title sponsor, Massey’s Professional Outfitters put a Marin cyclocross bike up for raffle, taking advantage of the growing local interest in ‘cross to help raise over $750 in donations for the Harbor Master’s charity beneficiaries, Lake Pontchartrain Basin Foundation, and the Pablove Foundation.

After the title of 2014 Harbor Master was awarded to the best racer in each of seven race categories, crowds dispersed, just before the afternoon showers that arrive like clockwork to abate the oppressive heat of summertime New Orleans. With the entire purse and all prizes awarded, we packed it in, optimistic that the event provided a substantial amount of value to the local racing scene, and established a footing to become a regular fixture in the Louisiana/Mississippi road race schedule.

Scott Ng gets his Semi-Tough Cycling Club jersey before his first race.

STCC crew before the Cat 5 race. 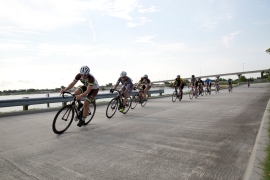 Murat Celebi powers at the front.

A family affair, Connolly and Aoife cheer on Chris Reed. 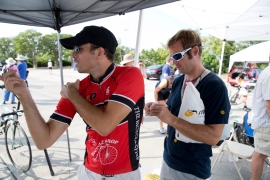 There has got to be a better way then safety pinning numbers to a jersey. 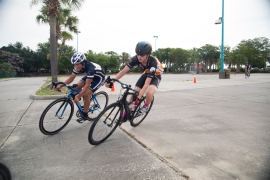 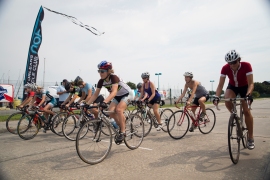 The Women’s race gets underway.

With a prime offered at lap two, Stephanie Smith turned it on and never let up.

Stephanie Smith and Christina Person off the front and just through the Bally’s portico. 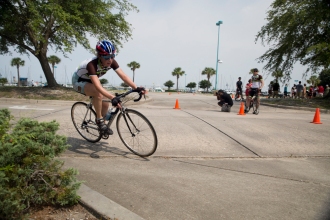 David Huff not only ponied up important funds to make the event happen, he also got down in the Cat 5 race.

Thanks to Kenny and Randy for helping the event happen. 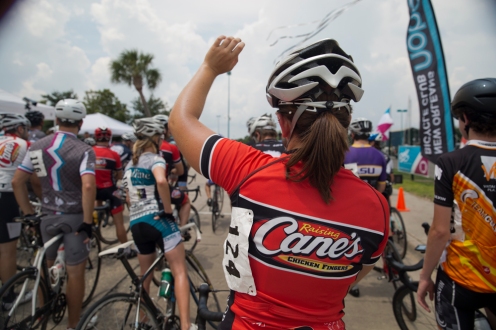 Charlotte Fournier, along with Mignon Guerin, both finished up their race and hopped back on their bikes to race in the Cat 4. 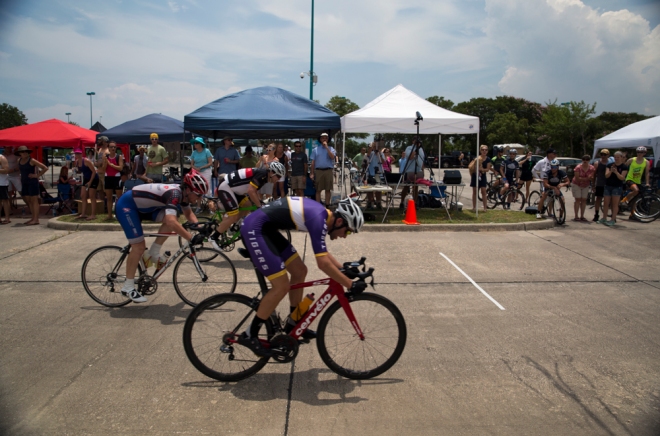 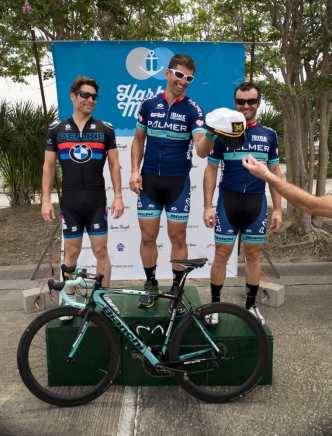 Jaden Kifer takes a flier in early on in the category 1/2 race and ends up in the winning breakaway. 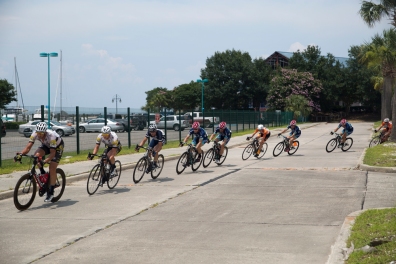 Andy Chochoa leads the pack in pursuit of the break. 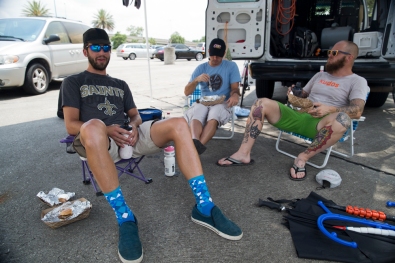 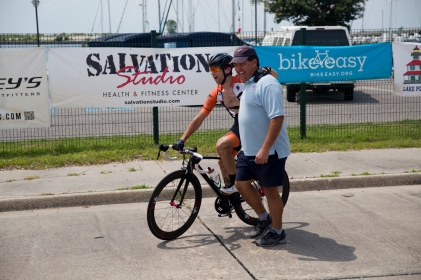 Jordan Lambert bridged up to the breakaway and finished third in the 1/2.