To say the Delta States Grand Prix of Cyclocross closed with a bang would be an understatement of the highest order. With the fury of a thousand suns exploding in unison, racers put in their final bids for glory in the region’s finest cyclocross series. The final race delivered action in droves, with no holds barred in a last ditch effort to evade or overtake series rivals. In addition to being one of the most exciting races of the series, the party scene was top notch, replete with gingerbread house competition, kegs of home brew, and the return of the series’ greatest megaphone-equipped heckler.

The course was characterized by long, fast straightaways interspersed with tight, slow switchback sections, giving the races a very stop-and-go rhythm. Two large dirt mounds challenged racers in the early races, but were more or less reduced to sandy flats by the time of the 1/2/3/+4 race. Rains overnight saturated the grass, but let up before the first racers arrived, providing a slick, muddy circuit with temperatures in the 60’s and no precipitation.

Cat 4/5 Men
Championship rivals Micheal Boedigheimer (Rouler Racing) and Richard Carman (Rouler Racing) clashed horns, going into the series finale only 1 point apart. A racer on a MTB blasted away with the holeshot, leading to the first switchbacks. Carman bumped wheels with Boedigheimer, trying to cut an inside line, and was forced to put a foot down. The mistake likely cost him a chance at competing with Boedigheimer, who ran off with the lead after overtaking the MTB rider. Chris Snider (Rouler Racing) jumped into 2nd place, leading Carman until a fall at a barrier section set him back a position. From here positions remained locked for most of the race, with Rouler Racing sweeping the podium both for the final race and series overall wins.

Masters / Women / Singlespeed
After being worked in by the Cat 4/5 Men’s field, the course began to erode into mud in the turns. A popular move in this race was to pit out the cross bike and swap to MTB. This heat of racing also saw the flattening of the large dirt pile near the beginning of the course.

Masters
Several strong riders appeared at the end of the series. This race was dominated by Peter Reed and Russell Williford (Fulcrum Coaching), recent arrival from Oregon. The two edged out Woody Boudreaux (Herring Gas) in the final race. Matt Kyte proved the importance of a good attendance record, finishing 9th at finals while still accumulating all the points he needed earlier in the season to land a series overall podium. 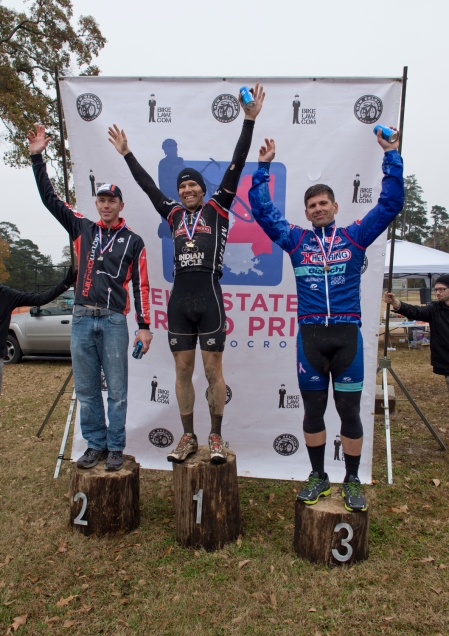 Women
The last dance for Rosanne Simons (Nola Lending Racing) and Samantha Stein (Raising Cane’s Racing) saw some serious competition. Rosanne started on a MTB and pulled ahead slightly. To keep pace Samantha pitted out the cross bike fairly early in the race and hopped on a MTB, gaining considerable traction on the degrading course and reclaiming some distance on Rosanne. As the race wore on, Rosanne made it clear she would not be giving up her position, holding her lead and 1st place honors. 3rd place finisher Laura Stahl had been absent for much of the season, but appeared at the finals to make a lasting impression for next season. Finishing just off the podium, Christine Moser (Rouler Racing) capitalized on consistency, gaining the points she needed to lock down a series overall podium spot. 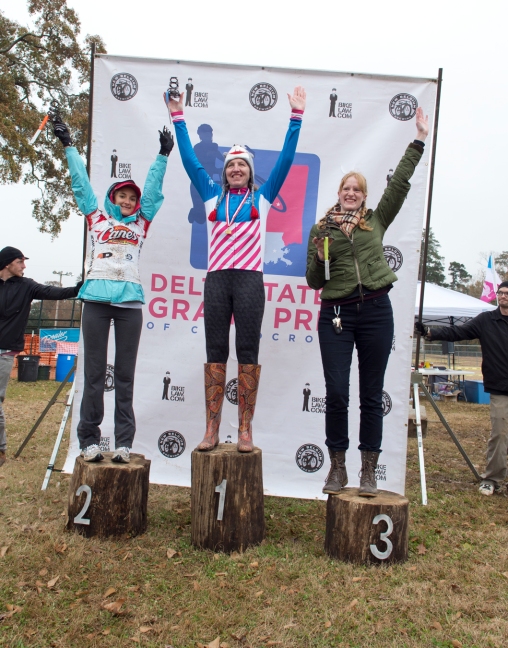 Singlespeed
This must have been the most challenging circuit of the entire series for SS. Long fast straights and extremely compact turns stacked together called for different extremes of gearing, and maintaining momentum through slick corners on a stiff ratio was widely deemed to be brutal. Adam Morris (Absolute Racing) made a good showing, as always in recent SS races, outpacing newcomer Brian Greenhoe and crowd favorite Matt Gandy (The Bike Crossing). Despite finishing off the podium at Finals, Ben Spain (Tulane Cycling) and David Feinswog (Tulane Cycling) also drove home the point of consistency, filling out the series overall podium behind Gandy. 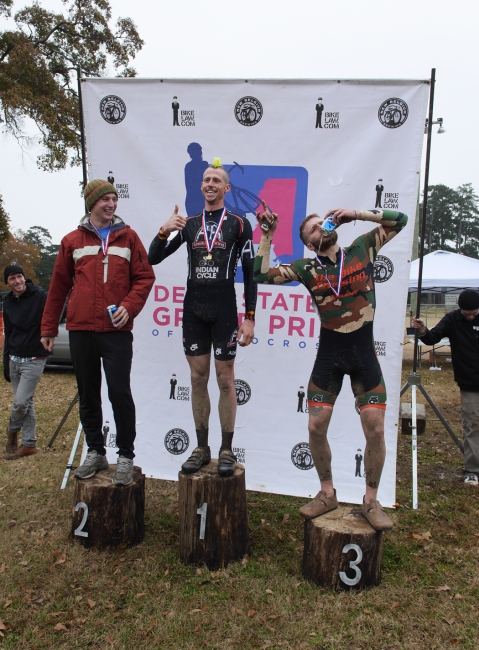 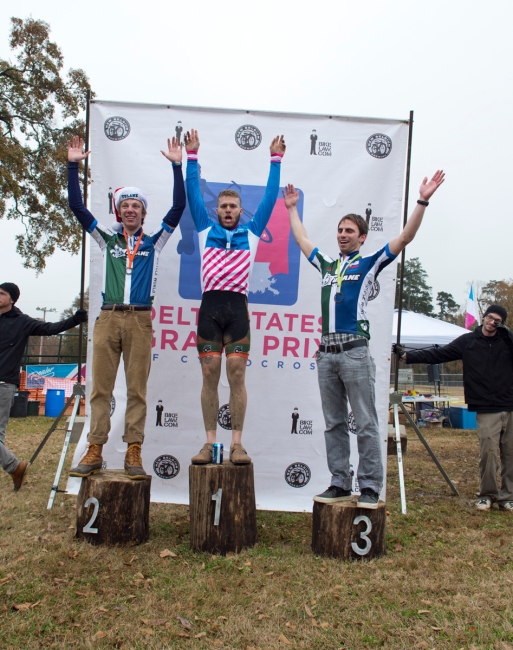 Cat 1/2/3 + Cat 4
Adam Morris catted up into 3’s, making life a little easier on Matt Gandy (The Bike Crossing) who jumped on the 4’s podium, and a little tougher on Ross Livingston (The Bike Crossing), who he bumped from the 1/2/3’s podium. The pace was furious in this race, with several riders eating mud in the dilapidated turns. Jaden Kifer (4th Dimension Racing) retired with an injury in the second half of the race, opening up space in both the final and series overall podium battles. In the 1/2/3, Will Sheftall (Raising Cane’s Racing) demonstrated himself to be the man to beat on the course, but his recent show of dominance came too late in the series. Andrew Sorey (Absolute Racing) put down another solid race, taking second in the final and taking top step on the series overall podium. In a familiar story, newcomer Peter Reed edged out Robinson Sudan (Rouler Racing) in Cat 4, but accumulated far too few points to unseat Sudan from his perch on top of the series overall podium. Matt Gandy seized the opportunity to finish third, locking down his second place series overall position against Skip Town.

Our first season of cyclocross racing has been an amazing journey. We have learned so much and met so many awesome people along the way. We thank you all, and you know who you are, for participating, for spectating, for heckling, for working to make these races such a riot. Huge thanks to Wes McWhorter and Skip Town for showing us what we had been missing and giving us all a chance to shine, and much gratitude to our sponsors New Belgium, Nola Criminal Law, and BikeLaw.com. We can’t wait to see you again in 2014!

Next Season
Head over to the LAMBRA calendar and get all hot and bothered checking out the beefed up race schedule for 2014. With a lot of kinks worked out in the learning experience of the inaugural DSGP, and new players constantly crawling out the woodwork to get in on the action, next season promises to be nothing short of legendary.