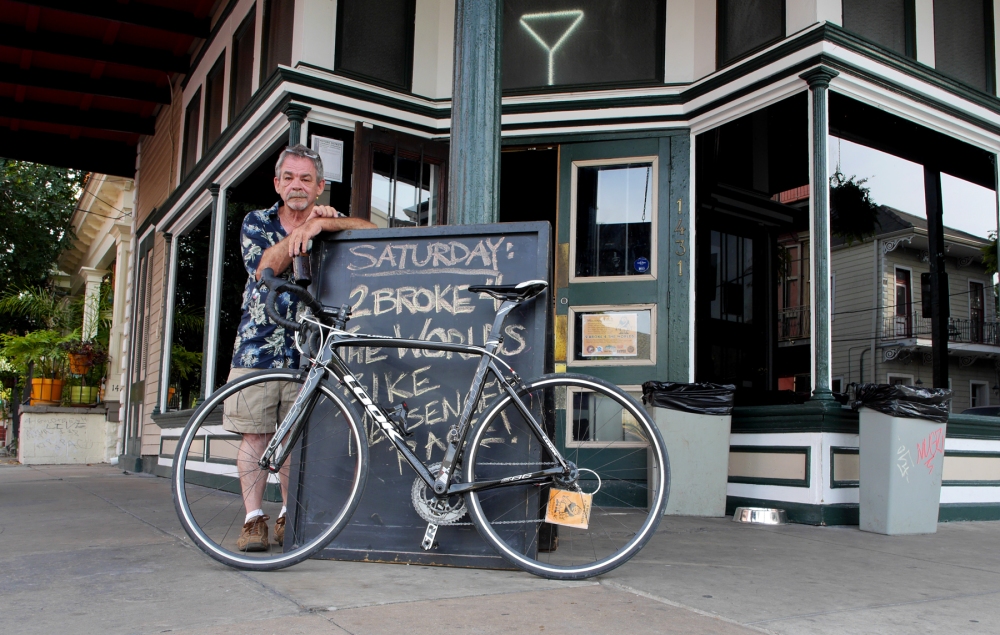 Saturday I won my first alleycat. That is, I won an alleycat for the first time. I told everybody it was no sweat, but nothing could be farther from the truth. On one of the hottest afternoons of the year, legs still tight from the previous evening’s Goldsprints, I strapped a black messenger bag to my back and hammered around the city for 30 miles on a brakeless track bike, shouldering a load of phonebooks. Ask people that have had the pleasure of riding a pace line with me and they’ll tell you I sweat like a pig. On Saturday, this little piggy went in the oven. Oink oink, drip drip. Sorry for all the paperwork I destroyed with my profusion of perspiration.

This race took place in the midst of 2 Broke 4 The Worlds, an impromptu messenger party weekend hosted by past and current Atlanta messengers Skip Town, Travis of Freight Bags, and The Deaner (pronounced Tay Dee-nur), or Dean for short. Many of you know Skip, but less than few knew Dean before this weekend. Truly a character, Dean’s outrageous personality can best be described in two words: drunk uncle. He’s got a handful of go-to dirty jokes that he’ll tell you over and over all night, he’ll tell you stories about how it used to be in the golden days, he’ll remind you that you are a pussy, then he’ll do his best to get you wasted. But don’t worry, he’s not gonna tell your dad.

The field was one of the smallest I’ve seen in a long time, only about a dozen riders. From some I knew what to expect, others were unknown. Roberto, who won 1st Fixed Gear at YYR’s Spring Brake Yrself alleycat was there, looking ready to crush competitors. In my mind, he was the man to beat, and as it turned out, this was the case. If Roberto had remembered to pick up a money order during the first manifest, like he was supposed to, it might have been all over for me.  (here’s his Strava, since Rich forgot! – Boedi)

Seeing that all of the checkpoints were at bars, I had fully resigned my liver to a thrashing. To arrive and discover that each checkpoint was a puzzle was, to say the least, a thoroughly jolting experience for my puny thinkmuscle. My brain, which had been switched to a low frequency race mode was suddenly engaged and firing on cold cylinders. At the first checkpoint, I struggled to make sense of a fairly simple order of operations problem. At several subsequent checkpoints I was reduced to repeating over and over “I don’t know. I don’t get it,” intermittent with guesses of random numbers or shapes. “Is it rectangle? The answer is rectangle, right? No?!” Me so dumb.

The riding was a lot of fun, with most of it in the Downtown area along the river and an occasional dip into Mid-City.  With Satchmo Summerfest and White Linen Night going on at the same time, the Quarter and Warehouse District were swarming with pedestrians to dodge, and early in the race traffic was a bit tight and exciting to navigate. The race was long and arduous. Having to go to the same places several times and repeatedly report back to HQ at R Bar reminded me of being a messenger. All that was missing was lots of elevator riding. 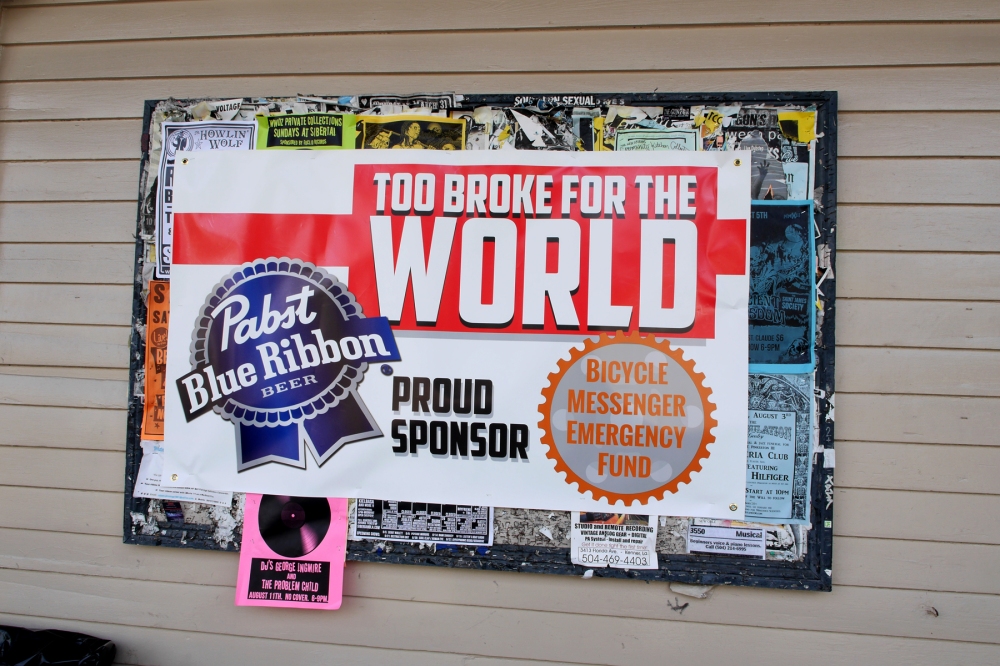 Below is a breakdown of Checkpoints and Challenges, plus Podium and Prizes.

R BAR – Pick up First Manifest, which consisted of: 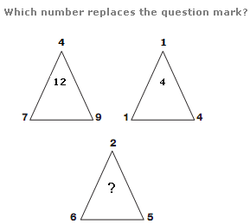 After telling the checkpoint workers twice that I didn’t get it, I started counting up from 1. Fortunately the answer was 9, so I only lost about 8 seconds.

CIRCLE BAR – I think these are called anagrams? I call it Scrabble. 3 sets of 5 letters, each of which can be rearranged to spell 3 words. I may not be able to count past 10 without taking off my shoes, but I’m quite the cunning linguist and I smoked these puzzles. My fist one was: BOWEL/BELOW/ELBOW

ORANGE COUCH – Finally a break from mental gymnastics. No games, just the way I like it. Almost too easy . . .

CHICKIE WAH WAH – Tangrams, those geometric outlines that you have to fill in with colored blocks in different shapes of triangles and trapezoids mostly, maybe a square here or there. Apparently the first one was a cat. I didn’t really notice. I was too busy dominating this visual/spatial child’s play.

Somewhere along the way, we were supposed to stop and pick up a $5 money order made out to Bicycle Messenger Emergency Fund, then return to R Bar. I got mine at Orleans Center, on Orleans and Broad. I brought my bike into the store, jumped in line, got a money order, and promptly doused it in sweat.

At R Bar, we received the 2nd Manifest, which consisted of:
IN ANY ORDER

ORANGE COUCH – Pick up a bag of phone books. Carry it around for the rest of the race. I knew the first time was too good to be true.

CIRCLE BAR – Anagrams Round 2: STAIN/SAINT/SATIN. I insisted that TINAS was in fact a word, the plural of Tina, the female name. This did not fly with Andrew Sanford.

CHICKIE WAH WAH – Tangrams Round 2: This time it was a fish. Still a game for kindergarteners. Still easy.

12 MILE LIMIT – Insane logic puzzle with shapes. Still not sure I understand it. This one took a lot of guesswork, due to the many possible combinations of shapes and colors. We were not given this as a multiple choice format question. We just had to say what would be in the third box, from smallest to largest or something like that.

The correct order to do the stops in was: 12 Mile Limit, Chickie Wah Wah, Orange Couch, Siberia.

Upon completion, we returned to R Bar for a 3rd Manifest. Thankfully it had been reduced from 4 stops to 1, just one last trip to Circle Bar.

Then back to R Bar, where we were rewarded with ALL THE FREE PBR TALLBOYS WE COULD DRINK! I died for a while on the sidewalk, made a beautiful sweat angel, then spent the night acting a fool with some great friends and righteous sandos from Quartermaster.

1st Messenger/DFL – Joe Prettyman, who was really clever in managing to pull off winning both of these categories. Won 800 Roll-Top Backpacks. Gave 4 to Deaner.

This race was a blast, and got me excited to both host and race some alleycats in the coming year. The main thing that was missing from this race was YOU! 67 people came to race our Spring Brake alleycat in April, and we hope to see turnout like that again in the future. We want to emphasize that this race, like all YYR’s races, unless otherwise stated, are open to ANYBODY ON ANY BIKE! Once things cool down outside, we’ll get racing season heated up. In the meantime, in the words of our other half, Boedi, “Get spinnin’!”